The Producers is the hilarious smash hit about two theatrical producers who scheme to get rich by overselling interests in a Broadway flop. Complications arise when the show unexpectedly turns out to be successful. The show that took Broadway by storm, winning a record-breaking 12 Tony Awards and three Olivier Awards.

A  Comedy of Tenors

​
The sequel to the grand-slam Tony® Award-winning comedy Lend Me a Tenor! One hotel suite, four tenors, two wives, three girlfriends, and a soccer stadium filled with screaming fans. What could possibly go wrong? It’s 1930s Paris and the stage is set for the concert of the century—as long as producer Henry Saunders can keep the amorous Italian superstar and his hot-blooded wife from causing runaway chaos. An uproarious ride, full of mistaken identities, bedroom hijinks, and madcap delight.

Annie, the world’s best-loved family musical returns to Paper Mill Playhouse just in time for the holidays. Little Orphan Annie is taken from her orphanage, and the clutches of cruel Miss Hannigan, to stay at billionaire Oliver Warbucks' mansion for the holidays. When Annie wins the hearts of Warbucks and his staff, they set out on an epic mission to find Annie’s parents.  Winner of the Best Musical Tony Award, Annie includes such unforgettable songs as “It’s the Hard-Knock Life,” “Easy Street,” “A New Deal for Christmas,” plus the eternal anthem of optimism, “Tomorrow.” 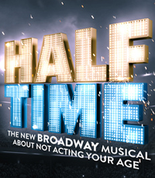 The Sting: A New Musical

A new musical based on the Academy Award-winning film.  The con is on.  Chicago. 1936. Get ready to enter a smoke-filled world of cons and capers, where nothing is what it seems and no one is who they appear to be. Based on the 1973 Academy Award–winning film, The Sting tells the tale of a pair of con men, small-town grifter Johnny Hooker and big-time hustler Henry Gondorff, who plot to bring down the city’s most corrupt racketeer. The Tony Award–winning creative team includes director John Rando (On the Town), choreographer Warren Carlyle (Hello, Dolly!), bookwriter Bob Martin (The Drowsy Chaperone), and an original score by composer/lyricist team Mark Hollmann and Greg Kotis (Urinetown). The Sting takes you back to an era when the blues reigns, the stakes are high, and the dice are always loaded.

In politics, the less you know, the higher you’ll go!  At once a razor-sharp satire and an inspirational tribute to democracy, The Outsider is a timely and hilarious send-up of modern American politics. Ned Newley, the ultimate policy wonk, is unexpectedly thrust into the position of governor amid a political scandal in Vermont. With the threat of a special election, Ned appears remarkably terrified before the media’s glaring spotlight and seems destined to fail. But the political guru Arthur Vance sees things a little differently: Ned might be the worst candidate to ever run for office. Unless the public is looking for...the worst candidate  to ever run for office!

America’s favorite dreamers shoot for the moon. The Honeymooners is a brand-new musical comedy inspired by the classic television series. Ralph Kramden and his buddy Ed Norton are back and still shooting for the moon in this world premiere musical. After shocking their wives by winning a high-profile jingle contest, they are catapulted out of Brooklyn and into the cutthroat world of Madison Avenue advertising, where they discover that their quest for the American Dream might cost them their friendship. Filled with big laughs and an infectious score, The Honeymooners  will bang-zoom its way into your heart. Major support from The Blanche and Irving Laurie Foundation. 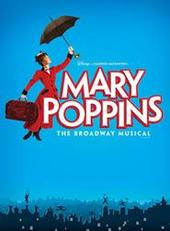 Beauty and the Beast
at Paper Mill Playhouse

Singing teapots and candlesticks, an evil spell, and an unlikely love story are all part of the magic of Disney’s Beauty and the Beast, an international sensation that has played to more than 35 million people in 13 countries. Based on the Academy Award–winning animated feature, the stage production includes all of the original songs from the movie by Alan Menken and Howard Ashman, plus additional gems by Menken and Tim Rice. The whole family will be enchanted by this gorgeous production, featuring stunning costumes and sets, spectacular dance numbers, and, of course, a fairy-tale ending. 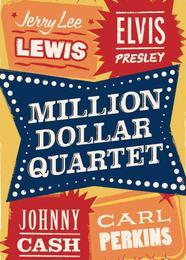 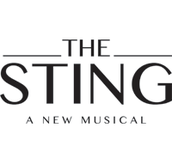 at the Paper Mill Playhouse

Based on the 1993 film starring Johnny Depp and Mary Stuart Masterson, this new musical is a smart, funny, tender-hearted celebration of love: between children and parents; romantic partners; friends; and, most of all, siblings. The pair at the heart of the show are Joon, a young woman dealing with mental illness, and Benny, the big brother who’s determined to take care of her. When a charmingly eccentric stranger comes into their lives, he throws their carefully calibrated world off-kilter—maybe for the better. Large in emotional scope and artistic ambition, Benny & Joon embraces a difficult subject with warmth, honesty, and wit.

In this musical based on the beloved Bing Crosby/Fred Astaire film, Jim Hardy leaves behind the hustle and bustle of showbiz for a quiet life on a Connecticut farm. Jim’s agrarian efforts are a flop, but things start looking up when he falls for a talented schoolteacher, and together they infuse their sleepy rural setting with some Broadway razzle-dazzle. Fresh from a Broadway run, this heartwarming, toe-tapping production features more than 20 classic songs from the Berlin catalog, including “Easter Parade,” “Cheek to Cheek,” “Steppin’ Out with My Baby,” and “White Christmas.”

The smash-hit musical inspired by the famed recording session that brought together rock ’n’ roll icons Elvis Presley, Johnny Cash, Jerry Lee Lewis, and Carl Perkins for the first and only time. On December 4, 1956, these four musicians gathered at Sun Records in Memphis for what would be one of the greatest jam sessions ever. Featuring a score of hits including “Blue Suede Shoes,” “Great Balls of Fire,” “Walk the Line,” “Whole Lotta Shakin’ Goin’ On,” “Folsom Prison Blues,” and more, this thrilling musical brings you inside the recording studio for one unforgettable night.

From the director/choreographer of Kinky Boots comes the incredible true story of ten ordinary seniors with extraordinary dreams who audition to dance at halftime for a major basketball team. Only after making the cut do they learn they won’t be dancing tap, salsa or swing—instead, they will bring down the house with a style that is entirely new to them: hip-hop. Take the uplifting journey with these dreamers—and the young coaches who inspire them along the way—as they battle self-doubt, stereotypes and even each other for a chance to bust a move at center court in front of 20,000 screaming fans. Together they remind us that in life, when the odds are stacked against you and the challenges seem too great to overcome, it’s not the end of the game—it’s Half Time. Starring Georgia Engel and Lillias White.

This world-premiere musical tells a fable of young love, set against the backdrop of the exploding 1960s music scene – when England launched the little dustup that became known as the British Invasion.  Based on the experiences of Peter Noone of Herman’s Hermits, who was just a teenager willing to sacrifice international stardom for the sake of girl he loves, the show features more than two dozen chart-topping hits from all the best British bands of the era.

Former Secret Service agent turned bodyguard Frank Farmer is hired to protect superstar Rachel Marron from an unknown stalker. Each expects to be in charge; what they don’t expect is to fall in love. A romantic thriller, The Bodyguard features a host of irresistible classics including “So Emotional,” “One Moment in Time,” “Saving All My Love,” “Run to You,” “I Have Nothing,” “I Wanna Dance with Somebody,” and one of the biggest selling songs of all time – “I Will Always Love You.” 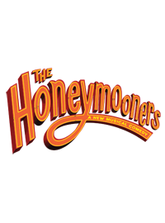 Paper Mill Playhouse launches the 2018-2019 season with The Color Purple, directed by Tony Award winner John Doyle. The Color Purple is a Tony Award-winning revival based upon the novel written by Alice Walker and the Warner Bros./Amblin Entertainment motion picture with a book by Marsha Norman and music and lyrics by Brenda Russell, Allee Willis, and Stephen Bray. Cast members from the 2015 Broadway revival lead the Paper Mill Playhouse company, including Adrianna Hicks (Aladdin, Sister Act - Germany) as Celie, Carla R. Stewart (Ghost - National Tour, Rent - Regional) as Shug Avery and Carrie Compere (Holler If You Hear Me, Shrek the Musical - National Tour) as Sofia.

The Color Purple, the Tony Award-winning revival that thrilled Broadway audiences is coming to Paper Mill, where director John Doyle will remount his visionary production. This unforgettable and moving musical based on the Pulitzer Prize-winning novel and Academy Award-nominated film features a soul-raising, Grammy-winning score infused with jazz, gospel, ragtime, and blues. The Color Purple, with a book by Marsha Norman and music and lyrics by Brenda Russell, Allee Willis, and Stephen Bray, is a stirring family chronicle about the power of love and life. This show contains adult themes.