With more than 20 years’ experience working on commercial and not-for-profit productions on Broadway and Off-Broadway, partners Richard Hillman and Philip Carrubba take a hands-on approach to building a strong working relationship with every client. We carefully define each client’s goals and work to meet them by crafting effective media campaigns tailored to each client’s unique needs. We work hand in hand with advertising, marketing and social media resources to foster and enhance an awareness of identity across all media platforms, including print, online, television and radio.

Members, The Association of Theatrical Press Agents and Managers (ATPAM). 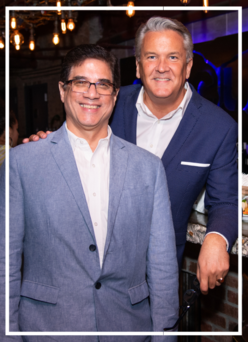