​at The Playroom Theater

​in rep with That Physics Show

A candle that moves water, a paper cup that won't burn, a firefly without fire. An atomic flash, weaponized sugar, a hydrogen bomb. Genie in a bottle, secret writing, elephant toothpaste...Yes! All these and more comprise That Chemistry Show, 80 minutes of incredible exploration led by long-time "mad scientist" Borislaw Bilash. Get ready for amazement and lots of laughter as Borislaw combines the world of chemistry and the world of show business. Your own world will never be boring again! 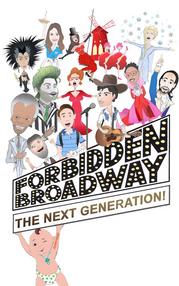 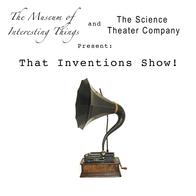 ​Book and Lyrics by Mark Saltzman

​Romeo—yes, THAT Romeo—finds himself in 1960 Brooklyn, chasing a girl he believes is his beloved Juliet. But no, it's Bernadette, the beautiful, foul-mouthed daughter of a crime family in this wild spoof of Shakespeare’s timeless tale. ​​

at The Playroom Theatre

​in rep with That Chemistry Show
Based on the hundreds of physics experiments that are presented at physics conferences and in classrooms across the country, That Physics Show features segments on motion, momentum, vacuum, friction, energy, density, fluid motion, sound waves and sound vibration, light waves, temperature and many more from the world in which we live - a world controlled by physics. You've never seen anything like this before! 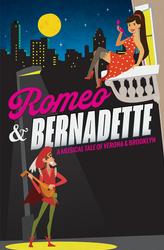 at The Playroom Theatre

in rep with That Chemistry Show and That Physics Show

Presented in association with “The Museum of Interesting Things” and its founder Denny Daniel, traces the history of inventions from 1850 to the present and includes hands-on demonstrations of the first sound recordings, early projections and film, steam engines, telephones, ingenious toys and a multitude of other electric, electronic and mechanical inventions that have led to our current world. 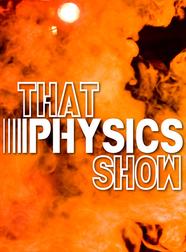 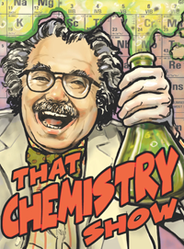 Forbidden Broadway: The Next Generation