Houses on The Moon Theater Company

Houses on the Moon Theater Company, whose work has been hailed as “potent” and “powerful” (The New York Times), was founded in 2001. Through creative workshops, original performances, and post-show discussions, Houses on the Moon helps communities come together by making meaningful connections through the public sharing of their untold stories. All Houses projects are created through an extensive developmental and research process in collaboration with its community partners, which have included Amnesty International, the AFSC Immigrant Rights Program, Human Rights First and many others. At the core of the developmental process
are interviews with real people about their lives, and a creative search for those human stories that yearn for a much wider hearing. Houses on the Moon believes in the power of theater to transform lives and instill empathy. Experiencing other people’s emotional lives and journeys through the lens of a character allows the company to connect in a “safe” way and to learn about ourselves and those around us. 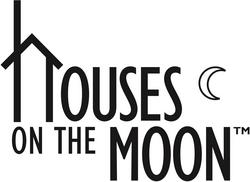 Houses on the Moon presents its acclaimed production of DE NOVO, which tells the true story of a teenaged boy from Guatemala who faced deportation after fleeing to the U.S. to escape gang life.  The gang MS13 was the only family Edgar Chocoy had ever known, but he dreamed of a better life. At fourteen, he fled Guatemala City and travelled across the borders of three countries in search of his mother, who left him to find work in the United States. Detained by the Department of Homeland Security, he pleaded with a Colorado judge not to deport him to Guatemala, where the gang he left had sentenced him to death.

This documentary play is crafted entirely from immigration court transcripts, letters, and interviews conducted by Houses on the Moon company members in Los Angeles, Colorado and Arizona at Southwest Key. DE NOVO is augmented with projected images from Donna DeCesare, an award-winning photojournalist who is widely known for her groundbreaking coverage of the spread of Los Angeles gangs in Central America.

DE NOVO  provides a rare glimpse into the life of an "unaccompanied alien minor," thousands of whom make the dangerous journey across the border and through the U.S. justice system each year. Though there are thousands of foreign-born minors in U.S. custody; this population is still invisible to many. Their stories of migration are poignant, heroic and painful.  They deserve to be heard.

The Assignment
in repertory with gUN Country
at A.R.T./New York Theatres

The world premiere of The Assignment, an original play by Camilo Almonacid, developed by Houses on the Moon Theater Company, a co-production with Rhymes Over Beats. Running in repertory with The Assignment is gUN COUNTRY, a sneak peek into Houses on the Moon’s creative process of developing new work.  Curated by Jeffery Solomon and Emily Joy Weiner, gUN COUNTRY is a collection of true stories written, developed and presented by Houses on the Moon Theater Company members and members of the community whose lives have been touched by guns.