Mark William: Come Croon With Me

​Putting his own unique, youthful spin on golden age crooner styling, Mark performs a collection of classic tunes from Broadway and The Great American Songbook. With his glossy approach, he glides from Jerry Herman to Peter Allen to Henry Mancini with charismatic ease and a spring in his step. Backed by a stellar five-piece band led by musical director Clint Edwards, Mark William: Come Croon With Me is directed by Preston and Richard Ridge.

2.Medley: Come Live Me/ Come Fly With Me/ Blue Skies/ From This Moment On

3.I’ve Gotta Be Me/ Golden Rainbow

4.Put On Your Sunday Clothes

6.Just To Get My Name In Lights/ Everything Old Is New Again/ All I Wanted Was The Dream

7.On The Street Where You Live

8.Pure Imagination/ Over The Rainbow

9.Bewitched/ You Do Something To Me/ That Old Black Magic/ Witchcraft

10.I Want to Go to Hollywood 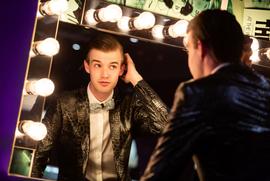 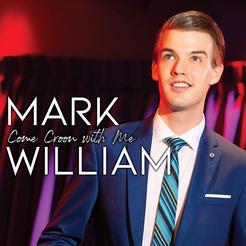 ​Directed by Preston and Richard Ridge

​Following a season full of sold-out performances of Come Croon With Me at The Green Room 42, Mark William continues his love affair with the Great American Songbook in a brand new show. Mark William: Feeling Good  hypnotizes with a set of enduring classics filtered through Mark’s youthful perspective and talent set. The show is distinctly new-age romantic, while still evocative of golden-age cinematic glamour. Backed by a stellar five-piece band led by musical director Clint Edwards, Feeling Good  is directed by Preston and Richard Ridge. This performance will also celebrate the release of Mark’s debut album, Mark William: Come Croon With Me.