In the future, there's nowhere to hide from your past. In this wicked retelling of the classic novel by H.G. Wells, a troubled inventor discovers a modern dystopia where machines are nonexistent and love is forbidden. Extraordinary events force him to venture underground where he must face the demons that control his future.

at The Argyle Theatre

Based on the cult hit film of the same name, The Full Monty, a ten-time Tony Award nominee, is filled with honest affection, engaging melodies and the most highly anticipated closing number of any show. The powerhouse team of Terrence McNally (Ragtime) and David Yazbek (Dirty Rotten Scoundrels) cooks up.

While spying on their wives at a “Girls’ Night Out,” a group of unemployed steelworkers from Buffalo sees how much they enjoy watching male strippers. Jealous, out of work and feeling emasculated, the men come up with a bold and unclothed way to make some quick cash. In preparing, they find themselves extremely exposed; not merely physically but emotionally. As they conquer their fears, self-consciousness and prejudices, the men come to discover that they’re stronger as a group, and the strength that they find in each other gives them the individual courage to “let it go.”

The Full Monty is a story full of heart. Right to the end, audiences will be wondering if these lovable misfits will really pull it off. With a raucous mix of razor-sharp humor and toe-tapping pizzazz, this heartwarming, upbeat comedy is an absolute don’t-miss-it event!

From Lory Lazarus, the writer of "Courage, the Cowardly Dog," Attack of the Elvis Impersonators is a rollicking and irreverent new musical comedy featuring an original score, swooning fangirls, an antichrist, world peace, a social media star, the spirit of Elvis ... and of course, a hero! When Drac Frenzie, a burnt-out world famous heavy metal icon decides to save himself from self-destruction by impersonating Elvis, a miracle occurs -- which leads him to not only saving himself, but also the world. This show satirizes everything from topics of self-identity, society, organized religion and the state of humanity all in an insanely riotous way! ​Attack of the Elvis Impersonators will make you howl as it converts you to Hound Dog: the new religion of peace.

Midnight at the Never Get

Featuring a sultry score fashioned after the American Songbook, Midnight at The Never Get imagines two men who never existed at a time that very much did.  Trevor Copeland (Sam Bolen) and Arthur Brightman (Mark Sonnenblick) have the perfect New York romance. That’s swell. In 1965, it’s also against the law. So, in the back room of “The Never Get,” an illegal Greenwich Village gay bar, they put together a show called “Midnight” – a queer nightclub act where Arthur writes love songs for Trevor to sing to a man. But as they hurtle towards the end of the decade and tensions in the Village reach a breaking point, the lovers find themselves caught in a relationship they can’t control and a movement they don’t understand. Midnight at The Never Get will play a six-week engagement at Provincetown Inn (1 Commercial Street – Provincetown, MA) with performances beginning Monday, July 24th. The show will play through Sunday, September 3rd. 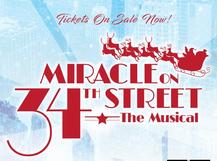 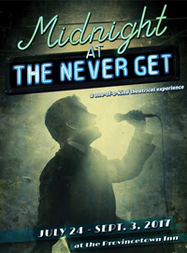 Anything Can Happen in the Theater: The Musical World of Maury Yeston

at The Yorke Theatre Company

​​Join The York for the Off-Broadway premiere of Anything Can Happen in the Theater: The Musical World of Maury Yeston , an unforgettable evening in the theater featuring a collection of songs from the two-time Tony Award-winning composer and lyricist. The genius of Yeston's songs—intricate yet emotional, cerebral yet romantic, clever yet unendingly melodic—is coupled with an outstanding cast for a memorable evening showcasing the myriad sides of the writer's repertoire. Showstoppers from Nine,   Grand Hotel, Titanic, Phantom , and Death Takes a Holiday intertwine with premieres of new songs from the Yeston songbook to show off his immense breadth of style—from the hilarious to the deeply moving.

Book and Lyrics by Elizabeth Hansen

An Enchanted April begins in London...during a particularly dreary February in 1922. Four world-weary women, desperate to escape their memories of WWI and the repression of London, dare to rent a villa in Italy for a month. Miraculously, in just one short Enchanted April, the lives and hearts of these women are transformed by wisteria, sunshine, a small medieval castle...and each other.

Hair
at The Hudson Guild Theatre

Rosetta LeNoire Musical Theatre Academy will present Hair: The American Tribal Rock Musical, the unique musical that changed the face of musical theatre during the late 1960s and became an overnight sensation. With book and lyrics by Gerome Ragni and James Rado and music by Galt MacDermot, the musical portrays the hippie culture of America in the 1960s around the time of the US involvement with Vietnam. This new type of ‘Rock’ musical helped pave the way for other shows in later decades. It was one of the first ‘concept’ musicals and it invited the audience on a remarkable journey.

In a "melting pot" neighborhood in Hell's Kitchen, José Rodriguez, an undocumented Mexican delivery guy, has an American Dream-to become "a someone." Alina Orlova, a beautiful but inept Russian spy, also has an American Dream–to bring down America and to save the family's "Fluff N' Fold!" Speeding though one preposterous and hilarious plot twist after another, Jose and Alina embark on a wild adventure to fulfill their destinies. I Spy A Spy is a musical roller coaster ride on which our duo encounters Mexican thugs, Russian spies, a Pakistani pizza proprietor, a Korean deli owner and the Department of Homeland Security!

Edwin, The Story of Edwin Booth

at Theatre at St. Clement's

Edwin Booth was the finest American Shakespearean actor of his day, though his triumphs were marred by public and private tragedy. Edwin takes us backstage on the night of his courageous return to the stage after his brother assassinated President Lincoln–braving death threats, public outrage, and his own scarred past. 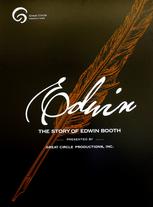 ​at The Argyle Theatre

Miracle on 34th Street, The Musical, a holiday classic from the writer of the musical theatre classic, The Music Man!, based on the movie of the same name, Miracle on 34th Street features a book and score by none other than Meredith Willson. Single mother, Doris Walker, doesn’t want her six-year-old Susan’s head filled with romantic notions. Their neighbor, Fred Gailey, tries to woo Doris by charming Susan and taking her to see Santa Claus at Macy’s, where Doris works. Doris is not impressed, but when it turns out that Macy’s Santa may, in fact, be the real Kris Kringle, a wave of love spreads across New York City that melts even the most cynical hearts.Filled with humor, spectacle and such beloved songs as “Pinecones and Hollyberries,” “It’s Beginning to Look a Lot Like Christmas” and “My State, My Kansas,” this joyous, heartwarming musical is perfect for the family this holiday season!

CHASING RAINBOWS:  The Road to Oz

This highly anticipated new musical about one of the world’s most beloved entertainment icons, Chasing Rainbows: The Road to Oz is the story of how five-year-old Frances Gumm became Judy Garland, chronicling her early career from vaudeville to her rise at MGM, where she wins the role of Dorothy in The Wizard of Oz. Chasing Rainbows features legendary songs, including “Over the Rainbow,” “You Made Me Love You,” and “Everybody Sing.” The show has already earned praise from Liza Minnelli, who said, “My mother said that her biography is in her music, and now a talented creative team is using that music to tell the story of her early years and her extraordinary rise to fame.”

This enchanting, Tony-nominated Broadway adaptation of the beloved musical will put a spell on audiences of all ages. Rodgers + Hammerstein’s Cinderellashowcases some of the songwriting duo’s loveliest tunes, including “In My Own Little Corner,” “Impossible/It’s Possible,” and “Ten Minutes Ago,” as well as some new characters and surprising twists. Add a dash of fairytale romance, magical onstage transformations, and the iconic pumpkin and glass slippers—and you’re guaranteed to have a ball! 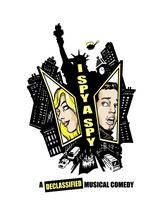 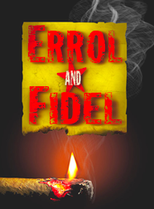 As a Christmas tree, Douglas Fir is the center of attention where he extols the joys of being decorated. Unfortunately, Douglas is soon stripped of adornment, thrown to the curb and left in a pile of trash. Determined to remain a decorated Christmas tree, Douglas heads back home to Mistletoe Mountain and Miss Balsam's Finishing School for Christmas Trees to get the diploma he never received. Douglas only succeeds in becoming more miserable and turns his back on Christmas; until an important discovery allows him to understand his true purpose and the real meaning of the holiday season.

Midnight at The Never Get

Featuring a sultry score fashioned after the American Songbook, Midnight at The Never Get imagines two men who never existed at a time that very much did.  Trevor Copeland (Sam Bolen) and Arthur Brightman (Mark Sonnenblick) have the perfect New York romance. That’s swell. In 1965, it’s also against the law. So in the back room of The Never Get, an illegal Greenwich Village gay bar, they put together a show called “Midnight” – a queer nightclub act where Arthur writes love songs for Trevor to sing to a man. But as they hurtle towards the end of the decade and tensions in the Village reach a breaking point, the lovers find themselves caught in a relationship they can’t control and a movement they don’t understand.

There’s no re-wind button on the DVR of life.

As the owners of Party City Now rebrand their wedding business to embrace marriage equality, Dave, their gay Music Director, has never felt more alone. Doomed to a life of playing weddings, Dave longs for a love of his own. But, when he’s forced to sing a duet with Human Rights Attorney, Harris, sparks ignite and hope is born. As three diverse couples struggle to find compromise, this new romantic musical comedy I Am, I Will, I Do teaches us that perhaps being “outside the norm” is the new normal.

Cuba, 1958: Revolution is in the air! In his final year Errol Flynn has one last adventure. The dashing star of so many Hollywood blockbusters yearns to be a real hero, and Fidel Castro fits the bill. What Fidel craves is fame, and who better than Errol to show him how? At the height of the revolution an explosive encounter beckons – fueled by envy, lust, and vanity – with a mysterious woman calling the tune. Or could the CIA really be pulling the strings? Who knew revolution could be so much fun?

FRIENDS! The Musical Parody is the hilarious new musical that lovingly lampoons TV's "Friends."  You'll laugh! You'll cry! You'll Unagi! FRIENDS! The Musical Parody celebrates and pokes fun at the wacky misadventures of a group of 20-somethings as they navigate the pitfalls of work, life and love in 1990s Manhattan.  It's a seemingly typical day at New York's only coffee shop, Central Perk, until an unexpected runaway bride with beautiful hair enters the picture and kicks the whole gang out of second gear.

​at Theatre at St. Clement's

Led by the magnificent voice of Thuli Dumakude (The Lion King, the film Cry Freedom) and featuring an ensemble of American and South African women, Sing! will celebrate the joyous holiday season from many threads of culture.  Singing in English and Zulu, accompanied by a live band, Sing! weaves the traditional holiday sounds of America to the lively and joyous songs and dances of a traditional South African township Christmas celebration.