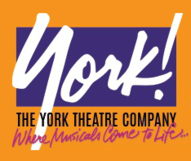 ​​
The mission of Paper Mill Playhouse is to enrich, entertain, and inspire our audience and our students as the nation's premier musical theater. We foster a creative environment for advancing the art form, educating students, and developing future theater lovers, while providing access for all.

​
Premieres' mission is to support the development and promotion of new music theater works in New York City by exceptional playwrights, lyricists and composers whose creative visions move the art form forward and enrich the lexicon of the American Musical Theater. They present staged readings of works in development as well as create new partnerships through commissions, development and full productions in their 'Inner Voices' initiative. 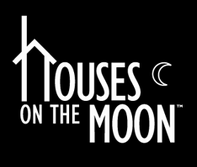 UnsungMusicalsCo. (UMC) is a nonprofit production company focused on researching, developing, and presenting prescient new works which illuminate the intersection of past, present, and future, and speak to the American musical as a reflection of American consciousness. Founded in 2009, UMC relaunched in 2018 after a three-year hiatus for research and development with its renewed focus on past, present, and future, and projects which entertain, enlighten, and inspire. The Show Time! Trilogy, UMC’s trio of documentary musicals charting the evolution and cultural impact of the American musical, will premiere at the Theatre at Saint Peter’s between 2018 and 2020. Dedicated also to the preservation of rare musical material for future generations, the company will be receiving its own archival collection in the Billy Rose Theatre Division of the New York Public Library for the Performing Arts at Lincoln Center.

The Passing Show of 2019: A New Musical Review
Benefit Concert

The Drama League of New York, since 1916, has been at the forefront of the American Theatre community, providing talent, audiences, and prosperous support. It is one of the nation’s oldest continuously-operating, not-for-profit arts advocacy and education organizations. Through its programs, initiatives and events, The Drama League serves over 3,000 artists and 15,000 audience members each season with over 150 events and programs.

Houses on the Moon

​​Houses on the Moon Theater Company was founded in 2001 with a mission to dispel ignorance and isolation through the theatrical amplification of unheard voices. Through creative workshops, original performances, and post-show discussions, Houses on the Moon helps communities come together by making meaningful connections through the public sharing of their untold stories. All Houses projects are created through an extensive developmental and research process in collaboration with its community partners, which have included Amnesty International, the AFSC Immigrant Rights Program, Human Rights First and many others.  At the core of our developmental process are interviews with real people about their lives, and a creative search for those human stories that yearn for a much wider hearing.

Pan Asian Repertory Theatre, celebrating its 42nd Milestone, was founded in 1977 by Tisa Chang and core artists at La Mama with the help of the late Ellen Stewart, where she used Artistry in Action to counter stereotyped casting, and to broaden the theatrical vocabulary of American theatre.  PAN ASIAN REP is regarded as a pioneer for artistic excellence and service – with an Off-Broadway Season, Training/Outreach, Play Development- and is recognized by diverse communities, press and the American theatre mainstream. Mel Gussow of The New York Times described it as "A Stage for All the World of Asian –Americans” and wrote that “Before Pan Asian Rep, Asian Americans had severely limited opportunities in the theater…” The company has nurtured thousands of artists and is a “who-is-who” of Asian American theatre history, with notable alumni/ae including Lucy Liu currently seen on CBS TV’s Elementary, and Daniel Dae Kim on Hawaii 5-0. 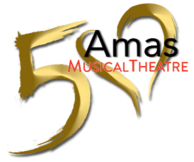 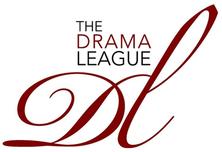 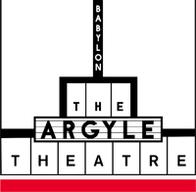 The Abingdon Theatre Company is dedicated to developing and producing brave, new American work by emerging and established artists. The company provides a safe home where playwrights, directors and actors can collaborate within a supportive and nurturing environment. We search for stories about the human experience that reflect our social, political, historical and cultural diversity. We are acutely aware of the theatre’s power to unite disparate population groups through stories about common human interests, and we strive to shed light on a variety of perspectives. In January 1993, a group of five professional theatre artists eager for ongoing collaboration and greater control over their creative lives gathered in a brownstone near New York City’s Abingdon Square Park for a series of bi-weekly readings of new plays. After a few months of informal meetings, enthusiasm swelled and the artists pooled their theatrical experience to establish an open-door home where they could collaborate, invite their colleagues to join the process, and develop new plays. Twenty-two years later, Abingdon has collaborated with more than 200 playwrights, produced 85 New York and World Premiere plays, presented more than 700 readings, staged 175 ten-minute plays, and commissioned 6 one-act plays.

The Argyle Theatre, the newly renovated and historic theatre on Main Street in the Village of Babylon, NY, opened in Spring, 2018 with the musical Guys and Dolls, the first show in a full roster of plays, musicals, concerts and other performing arts. The theatre will offer six annual main stage productions featuring performers from Actors Equity Association, the union for professional stage actors.

​National Asian Artists Project (NAAP) is a community of artists, educators, administrators, community leaders, and professionals. It is a not-for-profit organization that recognizes the need to build bridges between the work of artists of Asian descent, and the many communities that the work can serve, from underserved primary school students to seasoned arts patrons.

The York Theatre Company, now in its 49th year, is the only company in New York—and one of few in the world— whose two-fold mission is to develop and produce new musical theatre and rediscover musical gems the past. The York’s credits include over 70 fully staged productions, over 100 Mufti presentations, some 35 cast albums and commercial transfers which include the Broadway productions of Sweeney Todd (1989) and Souvenir (2005), and such Off-Broadway transfers as The Musical of Musicals, Jolson & Company, Pacific Overtures and Cagney.

Now celebrating its 51st year, Amas has engraved its unique trademark on the world of American musical theatre. We produce quality musical theatre presenting different cultural viewpoints including African-American, Latino, European, and Jewish, while reaching out to underserved audiences. Amas attracts actors and artists of distinction and reputation, while offering opportunities for new talent to learn and develop. 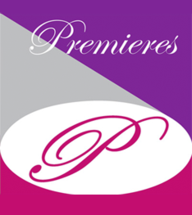