America’s favorite dreamers shoot for the moon. The Honeymooners is a brand-new musical comedy inspired by the classic television series. Ralph Kramden and his buddy Ed Norton are back and still shooting for the moon in this world premiere musical. After shocking their wives by winning a high-profile jingle contest, they are catapulted out of Brooklyn and into the cutthroat world of Madison Avenue advertising, where they discover that their quest for the American Dream might cost them their friendship. Filled with big laughs and an infectious score, The Honeymooners  will bang-zoom its way into your heart. Major support from The Blanche and Irving Laurie Foundation.

CHASING RAINBOWS:  The Road to Oz

This highly anticipated new musical about one of the world’s most beloved entertainment icons, Chasing Rainbows: The Road to Oz is the story of how five-year-old Frances Gumm became Judy Garland, chronicling her early career from vaudeville to her rise at MGM, where she wins the role of Dorothy in The Wizard of Oz. Chasing Rainbows features legendary songs, including “Over the Rainbow,” “You Made Me Love You,” and “Everybody Sing.” The show has already earned praise from Liza Minnelli, who said, “My mother said that her biography is in her music, and now a talented creative team is using that music to tell the story of her early years and her extraordinary rise to fame.”

Dion. One name set the standard of cool for a generation. But how does a kid from the Bronx make it to the Rock and Roll Hall of Fame? In The Wanderer, the incredible musical journey of a troubled young man turned teenage heartthrob (and, ultimately, rock and roll icon) is told in intimate and no-holds-barred detail. Dion’s music helped define a generation of rock and rollers. His lifelong battle with addiction shed a stark light on the darker side of fame and success. This musical takes both subjects head on, set to the iconic sound of an incomparable era in American music, and celebrates the triumph of the human spirit against all odds. The Wanderer is the riveting true story of Dion, New York’s rebel king, the man Bruce Springsteen calls “the link between Frank Sinatra and rock and roll.”

Music and Lyrics by Edward Kleban

Ed Kleban, the Tony Award winning lyricist of A Chorus Line and one of the unsung champions of Broadway, returns to his own memorial service to set the record straight in A Class Act, this vibrant musical about musicals. A colorful gallery of friends and loved ones in Ed’s life including the relentlessly peppy Marvin Hamlisch and stage wizard Michael Bennett all appear to celebrate Ed’s life, loves, and legacy. Songs include: “Better,” “Paris Through the Window,” and “The Next Best Thing to Love.” A Class Act  is presented through special arrangement with R & H Theatricals: www.rnh.com. 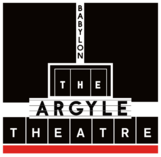 From the composing team of Sweet Charity, Seesaw  tells the story of Jerry Ryan, a reserved lawyer from Omaha, who has fled to New York City looking for a change in his life. There he meets Gittel Mosca, a single, loveable lunatic who lives life to the fullest. Will their love affair be able to survive the big, noisy, dirty island known as Manhattan? Songs include: “It’s Not Where You Start,” It’s Where You Finish,” “Welcome to Holiday Inn,” and “Nobody Does It Like Me.” Seesaw  is presented by special arrangement with Samuel French, Inc., a Concord Theatricals Company.

This enchanting, Tony-nominated Broadway adaptation of the beloved musical will put a spell on audiences of all ages. Rodgers + Hammerstein’s Cinderella showcases some of the songwriting duo’s loveliest tunes, including “In My Own Little Corner,” “Impossible/It’s Possible,” and “Ten Minutes Ago,” as well as some new characters and surprising twists. Add a dash of fairytale romance, magical onstage transformations, and the iconic pumpkin and glass slippers—and you’re guaranteed to have a ball!

The Tony® Award Winning musical, Million Dollar Quartet is set on December 4, 1956, when an extraordinary twist of fate brought Johnny Cash, Jerry Lee Lewis, Carl Perkins and Elvis Presley together at Sun Records in Memphis for what would be one of the greatest jam sessions ever. Million Dollar Quartet brings that legendary December night to life with an irresistible tale of broken promises, secrets, betrayal and celebrations that is both poignant and funny.  Relive the era with the smash-hit sensation featuring an incredible score of rock ‘n’ roll, gospel, R&B and country hits, performed live onstage by world-class actors and musicians

A fabulously fun award-winning musical based on the adored movie, Legally Blonde The Musical, follows the transformation of Elle Woods as she tackles stereotypes and scandal in pursuit of her dreams. Action-packed and exploding with memorable songs and dynamic dances – this musical is so much fun, it should be illegal!

Elle Woods appears to have it all. Her life is turned upside down when her boyfriend Warner dumps her so he can attend Harvard Law. Determined to get him back, Elle ingeniously charms her way into the prestigious law school. While there, she struggles with peers, professors and her ex. With the support of some new friends, though, Elle quickly realizes her potential and sets out to prove herself to the world.

Based on the cult hit film of the same name, The Full Monty, a ten-time Tony Award nominee, is filled with honest affection, engaging melodies and the most highly anticipated closing number of any show. The powerhouse team of Terrence McNally (Ragtime) and David Yazbek (Dirty Rotten Scoundrels) cooks up.

While spying on their wives at a “Girls’ Night Out,” a group of unemployed steelworkers from Buffalo sees how much they enjoy watching male strippers. Jealous, out of work and feeling emasculated, the men come up with a bold and unclothed way to make some quick cash. In preparing, they find themselves extremely exposed; not merely physically but emotionally. As they conquer their fears, self-consciousness and prejudices, the men come to discover that they’re stronger as a group, and the strength that they find in each other gives them the individual courage to “let it go.”

The Full Monty is a story full of heart. Right to the end, audiences will be wondering if these lovable misfits will really pull it off. With a raucous mix of razor-sharp humor and toe-tapping pizzazz, this heartwarming, upbeat comedy is an absolute don’t-miss-it event!

A holiday classic from the writer of the musical theatre classic, The Music Man!, and based on the movie of the same name, Miracle on 34th Street features a book and score by none other than Meredith Willson.

Single mother, Doris Walker, doesn’t want her six-year-old Susan’s head filled with romantic notions. Their neighbor, Fred Gailey, tries to woo Doris by charming Susan and taking her to see Santa Claus at Macy’s, where Doris works. Doris is not impressed, but when it turns out that Macy’s Santa may, in fact, be the real Kris Kringle, a wave of love spreads across New York City that melts even the most cynical hearts.

Filled with humor, spectacle and such beloved songs as “Pinecones and Hollyberries,” “It’s Beginning to Look a Lot Like Christmas” and “My State, My Kansas,” this joyous, heartwarming musical is pure family entertainment, wholesome without being cloying. Perfect for the family this holiday season!

Based on one of Hans Christian Andersen’s most beloved stories and the classic animated film, Disney’s The Little Mermaid is a hauntingly beautiful love story for the ages. With music by eight-time Academy Award winner, Alan Menken, lyrics by Howard Ashman and Glenn Slater and a compelling book by Doug Wright, this fishy fable will capture your heart with its irresistible songs, including “Under the Sea,” “Kiss the Girl” and “Part of Your World.”

Ariel, King Triton’s youngest daughter, wishes to pursue the human Prince Eric in the world above, bargaining with the evil sea witch, Ursula, to trade her tail for legs. But the bargain is not what it seems, and Ariel needs the help of her colorful friends, Flounder the fish, Scuttle the seagull and Sebastian the crab to restore order under the sea.

In a Berlin nightclub, as the 1920’s draw to a close, a garish Master of Ceremonies welcomes the audience and assures them they will forget all their troubles at the CABARET. With the Emcee’s bawdy songs as wry commentary, CABARET explores the dark, heady, and tumultuous life of Berlin’s natives and expatriates as Germany slowly yields to the emerging Third Reich. Cliff, a young American writer newly arrived in Berlin, is immediately taken by English singer Sally Bowles. Meanwhile, Fräulein Schneider, proprietor of Cliff and Sally’s boarding house, tentatively begins a romance with Herr Schultz, a mild-mannered fruit seller who happens to be Jewish.

Words and Music by Richard Rodgers

The only musical for which he wrote both music and lyrics, explores the allure of Paris and its seductive embrace. A successful high-fashion model from Harlem meets and falls in love withan American writer who has made Paris his home. Convinced that their love only needs one another to survive, they embark on a romantic adventure through Europe, clinging to the City of Lights as the harsh reality of America threatens their union. Songs include: “The Sweetest Sounds,” “No Strings,” and “Nobody Told Me.” No Strings  is presented through special arrangement with R & H Theatricals: www.rnh.com.

One of the most successful musical theater composers of all time takes audiences on a behind-the-scenes journey in Unmasked: The Music of Andrew Lloyd Webber. Written with Richard Curtis and directed by Laurence Connor, Unmasked is a not-always-reverential look at Andrew’s life and musical career. You’ll hear his best-loved work, including classics from Jesus Christ Superstar, Evita, Cats, The Phantom of the Opera, and Sunset Boulevard, in sometimes new and unexpected ways. This new production will also feature new material and rediscovered gems, along with the history of their creation intertwined with Andrew’s extraordinary personal story.

Based on the 1992 hit film, this feel-good musical comedy smash sizzles with powerful music, spectacular dancing, and a story brimming with heart. The madcap plot is set in motion when disco diva Deloris Van Cartier witnesses a murder and must go into hiding in a convent—where she clashes, hilariously, with cloistered life. Deloris inspires the sisters with her soulful style, but the church choir’s newfound fame attracts the attention of the bad guys. Featuring original music by Tony and eight-time Oscar winner Alan Menken (Newsies, Beauty and the Beast, Little Shop of Horrors), the musical was nominated for five Tony Awards, including Best Musical. 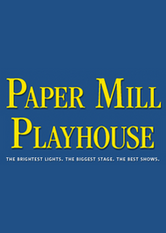 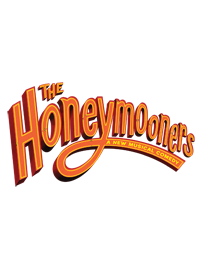 UnsungMusicalsCo. (UMC) is a nonprofit production company focused on researching, developing, and presenting prescient new works which illuminate the intersection of past, present, and future, and speak to the American musical as a reflection of American consciousness. Founded in 2009, UMC relaunched in 2018 after a three-year hiatus for research and development with its renewed focus on past, present, and future, and projects which entertain, enlighten, and inspire. The Show Time! Trilogy, UMC’s trio of documentary musicals charting the evolution and cultural impact of the American musical, will premiere at the Theatre at Saint Peter’s between 2018 and 2020. Dedicated also to the preservation of rare musical material for future generations, the company will be receiving its own archival collection in the Billy Rose Theatre Division of the New York Public Library for the Performing Arts at Lincoln Center.

The Passing Show of 2019: A New Musical Review
Benefit Concert